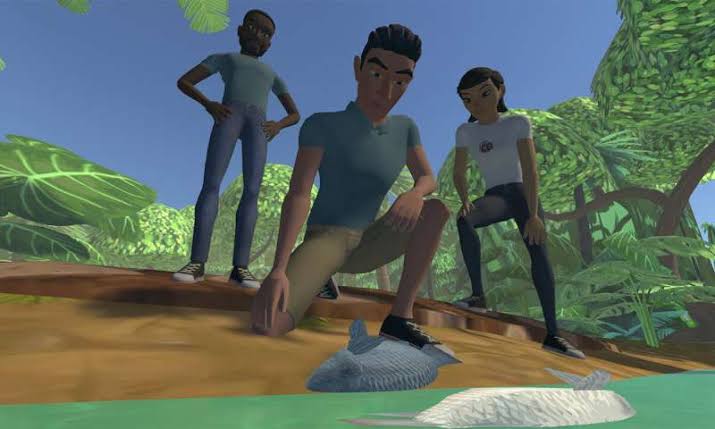 A new video game system unites two well-studied ways to deal with educational software so as to keep numerous players charmed in the learning experience while encouraging coordinated effort and problem-solving. The system is one of the first to integrate narrative-centered learning and cooperative learning procedures, laying the basis for future endeavors in the field.

In evidence of-idea testing, a team of scientists from North Carolina State University and Indiana University found a game made utilizing the framework encouraged both learning and viable collaboration in 6th graders.

“There’s been a lot of work on computer-supported collaborative learning,” says Jonathan Rowe, co-author of a paper on the work and a research scientist in NC State’s Center for Educational Informatics (CEI). “But that work hasn’t focused on rich, narrative game environments — it’s been more along the lines of online discussion forums for students.

“Meanwhile, there’s also been a lot of work on narrative-centered learning environments,” Rowe says. “But those have focused largely on single-player settings — because constructing immersive games that are educational and engaging for multiple players is extremely challenging.”

“We’ve developed a conceptual framework for combining these two educational approaches — interactive narratives and collaborative, problem-based learning — and then created a software architecture and suite of game-creation tools for implementing that framework,” says Bradford Mott, first author of the paper and senior research scientist at CEI.

The paper, “Designing and Developing Interactive Narratives for Collaborative Problem-Based Learning,” will be presented at the Twelfth International Conference on Interactive Digital Storytelling, being held at the Snowbird resort in Utah from Nov. 19-22.

“One of the things we focused on here was creating a set of tools that educators can use, regardless of their programming skills,” says Robert Taylor, a research software engineer at CEI. “Specifically, allowing educators to modify a story’s dialogue and plotlines, and to see those changes almost immediately in the game.”

“Right now, this narrative editing feature is being used by our education research collaborators to help us make the best game possible,” Mott says. “But at some point, this may be a feature that can allow for classroom-specific game customization.”

The team of education and computer science analysts has just utilized the system to build up a game called “Crystal Island: EcoJourneys,” which centers around ecosystems education. In pilot testing with a group of 45 middle schoolers, the specialists discovered students learned from the game and displayed effective collaboration skills.

“We deliberately chose a complex subject, because that makes for a scenario that lends itself to team-oriented problem solving,” Rowe says. “This early-stage testing suggests that we’re on the right track.”

“We’re now developing a more polished version of ‘Crystal Island: EcoJourneys,’ which we’ll be testing on a larger scale next year,” Mott says. “More importantly, the approach we’re outlining here can already be used by others in the educational gaming community. This is an exciting area for the field.”

The paper was co-authored by Seung Lee, a research scientist at CEI, James Lester Distinguished University Professor of Computer Science and director of CEI at NC State; and Asmalina Saleh, Krista Glazewski, and Cindy Hmelo-Silver of Indiana University.