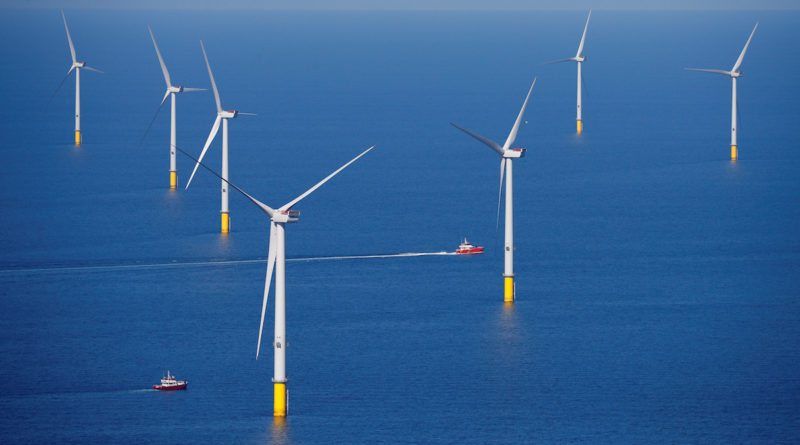 Offshore wind power generation has become an inexorably encouraging source of renewable energy. Much about the aerodynamic impacts of bigger wind farms, nonetheless, remains poorly comprehended. New work in the current week’s Journal of Renewable and Sustainable Energy, from AIP Publishing, hopes to give more insight into how the structures important for wind farms influence wind stream.

Researchers from Cranfield University and the University of Oxford present a theoretical model for assessing the aerodynamic impacts of wind turbine towers on the presentation of wind farms. Utilizing what is known as a two-scale coupled momentum balance technique, the group had the option to theoretically and computationally recreate conditions that enormous wind farms may look later on, including the dampening impact that accompanies spacing turbines near each other.

A key feature of the paper, said author Lun Ma, is this latest update to their model looks past a wind turbine’s rotor.

Exactly anticipating such features of a wind farm before building it, be that as it may, stays a significant challenge for the industry.

To get at this inquiry, the specialists went to two-scale momentum modeling that mimics how the efficiencies of individual wind turbines decline as more are separated firmly together within a wind farm when considered in a perfect, vastly enormous wind farm.

The group consolidated the momentum balance equation with another methodology, called the actuator disc theory, which let them incorporate different factors, for example, the effect of turbine support structures. The methodology enabled them to start thinking about more practical scenarios, similar to wind farms that are a limited size.

They at that point conducted simulations utilizing computational fluid dynamics to confirm that such structures add to the blockage impact, especially through the delay the wind that they produce.

Ma said the group will hope to all the more likely see how the blockage impact changes with climate conditions.